Force And Laws Of Motion

Force: It is a push or pulls on an object that produces an acceleration in the body on which it acts. S.I. unit of force is Newton.

A force can do three things on a body.

Balanced forces: Forces are said to be balanced forces if they nullify one another and their resultant force is zero.

Unbalanced Forces: When two opposite forces acting on a body, move a body in the direction of the greater force or forces which brings motion in a body are called as unbalanced forces.

A body continues to be in the state of rest or uniform motion in a straight line unless acted upon by an external unbalanced force. First Law is also called the Law of Inertia. 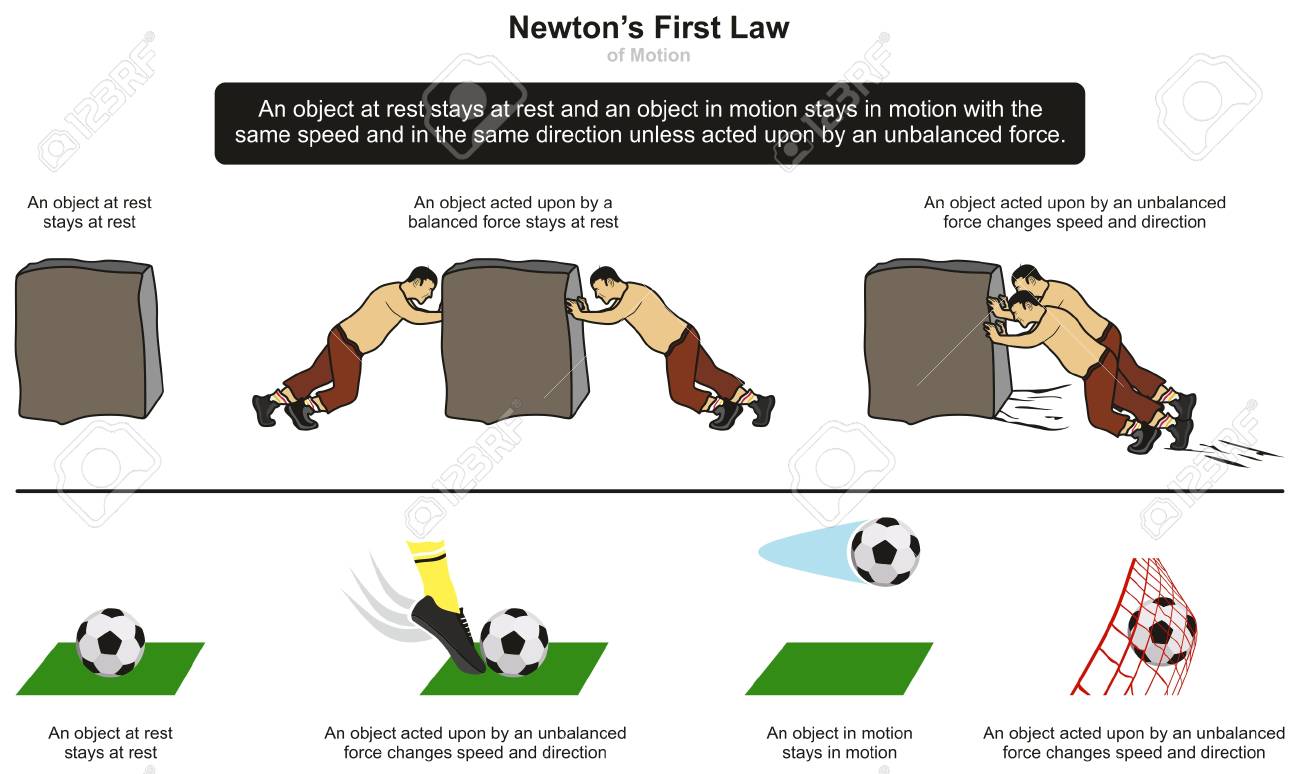 Basically, all objects have a tendency to resist the change in the state of motion or rest. This tendency is called inertia. All bodies do not have the same inertia. Inertia depends on the mass of a body. Mass of an object is the measure of its inertia.

The rate of change of momentum of an object is directly proportional to the applied unbalanced force in the direction of the force.

Momentum: The momentum of an object is the product of its mass and velocity and has the same direction as that of the velocity. Its S.I. unit is kg m/s.

Newton’s 3rd law states that every action has an equal and opposite reaction. Action and reaction forces are equal, opposite and acting on different bodies. 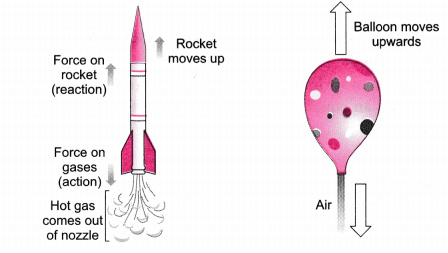