The magnitude of the length covered by a moving object is called distance. It has no direction.

Displacement can be zero, but distance cannot.

Magnitude is the size or extent of a physical quantity. In physics, we have scalar and vector quantities.

Vector quantities are expressed in magnitude as well as the direction of the object. E.g: Velocity, displacement, weight, momentum, force, acceleration, etc.

Time is the duration of an event that is expressed in seconds. Most physical phenomena occur with respect to time. It is a scalar quantity.

Speed is the rate of change of distance. If a body covers a certain distance in a certain amount of time, its speed is given by

When an object covers equal distances in equal intervals of time it is in uniform motion.

When an object covers unequal distances in equal intervals of time it is said to be in non-uniform motion.

The Rate of change of displacement is velocity. It is a vector quantity. Here the direction of motion is specified.

The rate of change of velocity is called acceleration it is a vector quantity. In non-uniform motion,
velocity varies with time, i.e., change in velocity is not 0. It is denoted by “a”

The motion of an object moving at uniform acceleration can be described with the help of three equations, namely 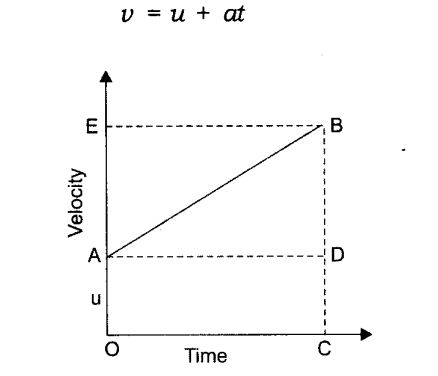 A body starts with some initial non-zero velocity at A and goes to B  with constant acceleration a. 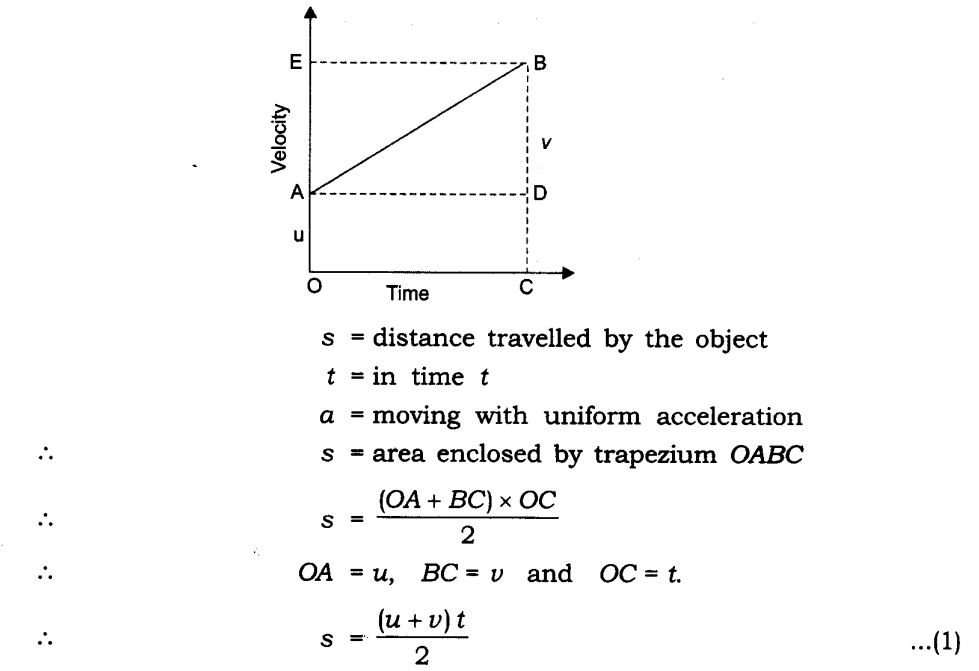